Each bedroom has air conditioning and fans. The kitchen has large fridge, oven, micro oven and dishwashing, and there is a very useful small room with the washing machine and storage place, clothes line, iron and ironing board. The walls are isolated from noise and the apartment is offered very clean and decorated with light colors.

The apartment is on the 3rd floor. Two very useful buses pass two minutes from the apartment (the 21, that goes to Goya, and the 74, thas goes to Gran Vía), and Argüelles metro stop is only a short walk away, less than seven minutes. It is ten minutes to the Palacio Real (the royal palace), 3 minutes to Parque del Oeste (a stupendously beautiful and grand park) and the fonicular to the Casa de Campo (an extremely large nature preserve park), and seven minutes to Templo de Debod (sunsets over the mountains in the west, and a large section of southern Madrid).

The neighborhood has everything you could possibly want or need, including shopping, cinemas, groceries, and restaurants — all very close. The neighborhood is the best of both worlds, at the western edge of the center, so removed from the chaos, yet only minutes to the most popular neighborhoods.

The location is one of the most demanded for “madrileños” (film directors Pedro Almodovar and Amenabal live by close). 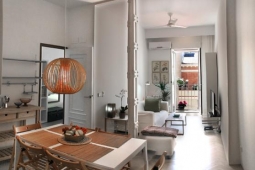 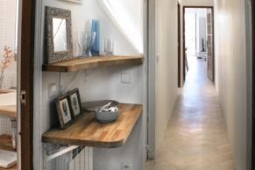 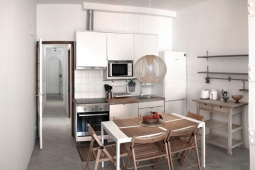 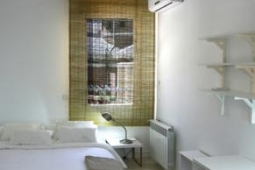 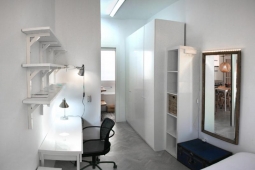 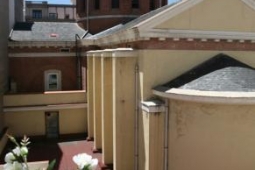 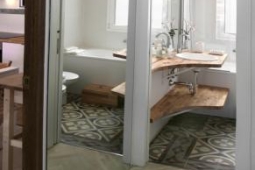